Maear first appeared in the industry in 2010 with his Lewi White (Ed Sheeran, Devlin, Wiley) produced banger ‘I am The Raver,’ which lead to a feature in RWD magazine’s ‘best of British’ edition and a BBC 1xtra debut by Roll Deep’s DJ Target.  After a change of perspective and a few months of hibernating in the countryside, Maear began to write the Sex & The City EP and teamed up with Tunnel Lite Records Producers Will Lite and Tony Bones to produce and record it. Two years later brandishing a finished product, Maear describes it as “the beginning to the unveiling of reality.”

Sex & the City Episodes 1 – 6 EP will be followed up with Sex & the City Episodes 7 – 12 & Episodes 13 – 18, and they will both be released prior to Maear’s debut album Love & The City.  From start to finish the project is an artistic display of gradual spiritual evolution told through story, depicting different trials and tribulations people go through on their journey of discovery. The project is designed to unveil universal truth as, bit by bit, it embeds itself into the psyche of the individual until the earth puzzle is complete. Follow the journey as more will be revealed.
If you would like to request an interview with Maear please contact info@superlightmusic.com. 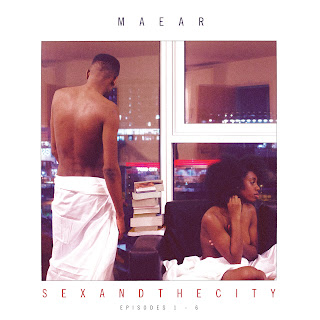